Sean Lock – What’s So Funny About The Rise of China? 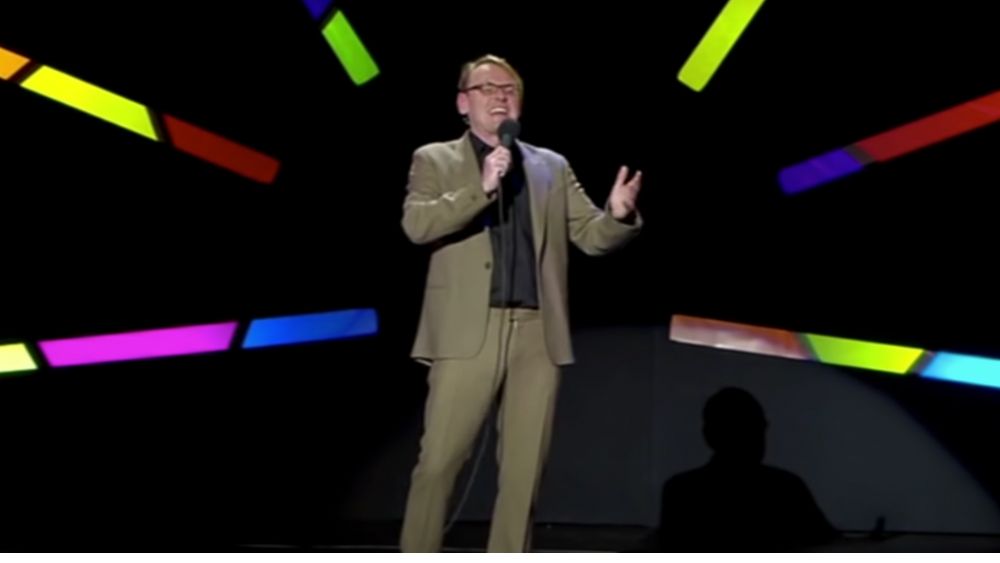 Here’s an unconventional, but excellent, example of  nuanced ‘Whither China?’ beard-stroking.

This clip from the late British comedian Sean Lock (from 3’24” for a couple of minutes)  provokes more than laughter.

At the best of times, the black box that is China’s Politburo makes China-watching a mug’s game.

Sinologists can tie themselves up in knots, indulging in the esoteric, blinkered navel-gazing art of Beijing Kremlinology.

Such micro-expertise has its place, but by focusing on the twigs on the trees, China experts can miss the changing nature of the wood.

Bear in mind the context of this clip. It’s recorded at a big Liverpool venue in 2016. This clip is a brief digression in a TV special by a national-treasure entertainer, recorded in front of a packed audience.

I doubt the sell-out crowd included many China-watchers, but they’d be familiar with the issue. Indeed they discuss little else.

China’s rising global assertiveness has lead to a rise in ‘anti-Chinese’ popular sentiment.

This has become particularly notable in recent years, following the crackdown on Hong Kong.

It’s also been notable how ‘Blame China’ whataboutery has become more prominent among the climate inactivist grab-bag of excuses.

As we were filming a recent climate action protest in the UK, one red-faced bystander’s first reaction was to advise them to ‘buy tickets to Peking, and protest there’.

But you don’t have to look far from more evidence of China-blaming. Why should we bother about one coal-fired power station here, people ask, when they’re building one every week in China?

We can track such trends in opinion polls, Google analytics and sentiment surveys, but anything as elusive as this also requires us to keep an eye out for unconventional sources. This stand-up show may be one such source.

A comedian as deft and intelligent as Sean Lock eschews crude xenophobia.

Instead, in a couple of minutes, and without once mentioning any of these terms, he addresses, in the Chinese context:

The waves of laughter he elicits are of the wry-recognition our-own-fallibility kind, rather than the punching-down xenophobia that’s the low-hanging fruit of bad stand-up.

It’s funny, and that’s the lesson to be learned.  When we laugh, we let down our guard. To giggle is to set aside any trival affiliation. That’s the best time to engage anyone with new ideas, nudge, change minds, and give a gentle push down the path of effective climate action.

Different routes to the same destination

The overwhelming seriousness of human-induced Global Heating, to human civilisation at least, means it’s hard to be anything but deadly serious about it.

It’s perfectly understandably why activists, frustrated and outraged at government inaction, vent their fury in protest.

That’s nothing compared to the 24/7 despair/fury/outrage experienced by those who follow climate science for a living. AFP climate correspondent Marlowe Hood wrote this eloquent and moving essay about his own experience.

We’ve written elsewhere about climate scientists, real and fictional in films like Don’t Look Up, who try to communicate the urgency to the us and our leaders. Or Dr. Howard Dryden, who gave up a successful business career to start a citizen science project when he realised what was going in our oceans.

It’s also perfectly understandable why many people are turned off by this approach. We’re conditioned to fear change, and most of us not only look for any excuse not to do something, but actively avoid being confronted with uncomfortable or inconvenient truths.

So that’s why See Through News appreciates the craft and serious purpose behind comedians like Sean Lock, and seeks to learn from their example.

Tell a joke, and plant a seed. Raise a smile, and open the door to a new path.  A path that could lead to speeding up carbon drawdown.