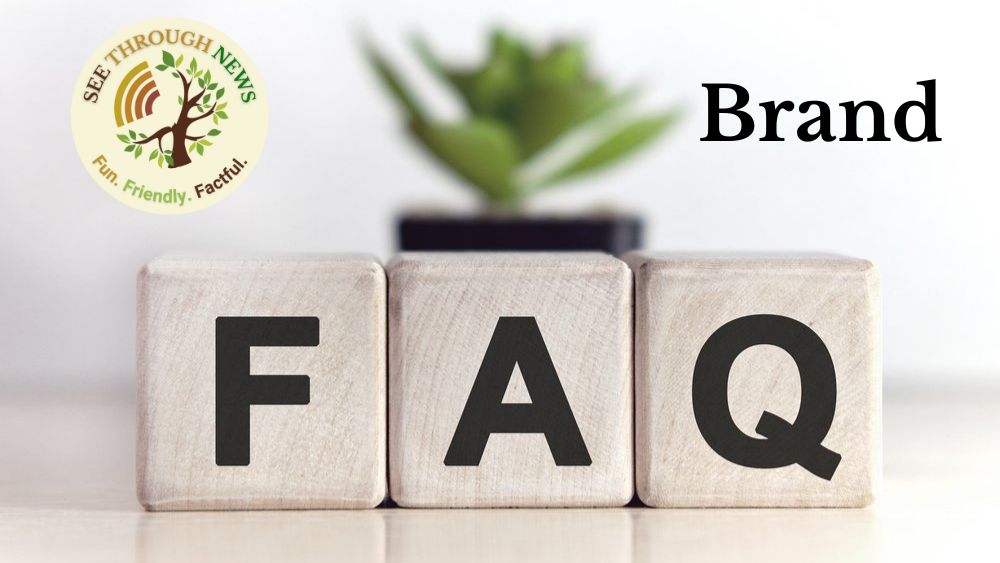 How the See Through News brand helps effective climate action, and speeds up carbon drawdown via measurable carbon reduction

Why ‘See Through News?’ It’s not clear what you stand for.

For a start, our brand can be parsed three different ways, and we like all three readings.

See Through News can be read as:

I sense this could take some time. Why so ambiguous and unclear? Aren’t brands supposed to be clear and direct?

We don’t want to brand ourselves ‘green’ or honk the ‘eco’ klaxon. That deters more people than it attracts.

So you reckon Greenpeace, Extinction Rebellion and Friends of the Earth have got it all wrong?

Far from it. We applaud their goals and methods. What they do is important and they’re good at it. That’s precisely why we’re doing something different to complement their actions.

But why not label yourself clearly?

The problem with badging yourself with anything involving ‘green’, eco’, ‘environmental’ ‘Earth’ etc. in the title is that it can deter as many people as it attracts.

But doesn’t ‘honking a green klaxon’ make you easier to find?

For people who are looking for ‘green’ stuff, yes. But that’s not who we’re aiming to attract – they’re already keen to speed up carbon drawdown.

So you’re not interested in attracting current climate activists?

We are, but only those who share our view that a lot of current climate activism is ineffective.

Whoa there! You think climate activists are ‘ineffective’? – didn’t you just say you admire them?

It depends on which question you’re asking, and what the objective is.

We distinguish between the campaigning role of ‘raising awareness’ and ‘educating the public’, and measurably reducing carbon.

Aren’t they the same thing?

Regrettably, no. Educating is the means, reducing carbon is the end.

But isn’t education the only means to the end?

It’s certainly the most obvious one, and we do it ourselves. It’s just that we don’t stop there, and are only focused on how such ‘education’ can measurably lead to greenhouse gas reduction.

So ‘education’ is necessary, but not enough?

Flattery will get you nowhere. But go on…

Look at how the Green Party polls in most democracies. The numbers are rising steadily, but not nearly fast enough to…

…to save the planet, right.

We refer you to the Goal FAQs.

Oh right, to ‘save human civilisation from the worst effects of human-induced blah blah blah’. Sorry.

No sweat. It took us quite a while to train ourselves to stop saying ‘save the planet’. It’s surprisingly hard.

But if you share their goals, why choose a brand name that doesn’t explain what you do, like ‘Friends of the Earth’, ‘Greenpeace’ or ‘Extinction Rebellion’?

What they do is important, but if it were 100% effective, they’d have made themselves obsolete by now.

It still seems weird to be green, but not advertise yourself as green.

True, which is why our methodology takes some time to get your head round, but thanks for asking all the right questions.

What are the benefits to not advertising your ‘green’ objectives?

Imagine pinning a green rosette on your chest, and standing on the street with a welcoming grin.

Who do you think will, when they spot your green rosette, cross the road to talk to you?

The people who already agree with me.

And who do you think will, when they sport your green rosette, cross the road to avoid you?

The people whose minds I need to change…oh I see.

I think you’ve got it.

So the problem is actually the green rosette.

So that’s why your brand doesn’t include anything obviously ‘green’.