Are microplastic-eating robot fish really the answer to our ocean’s micro plastic problem? 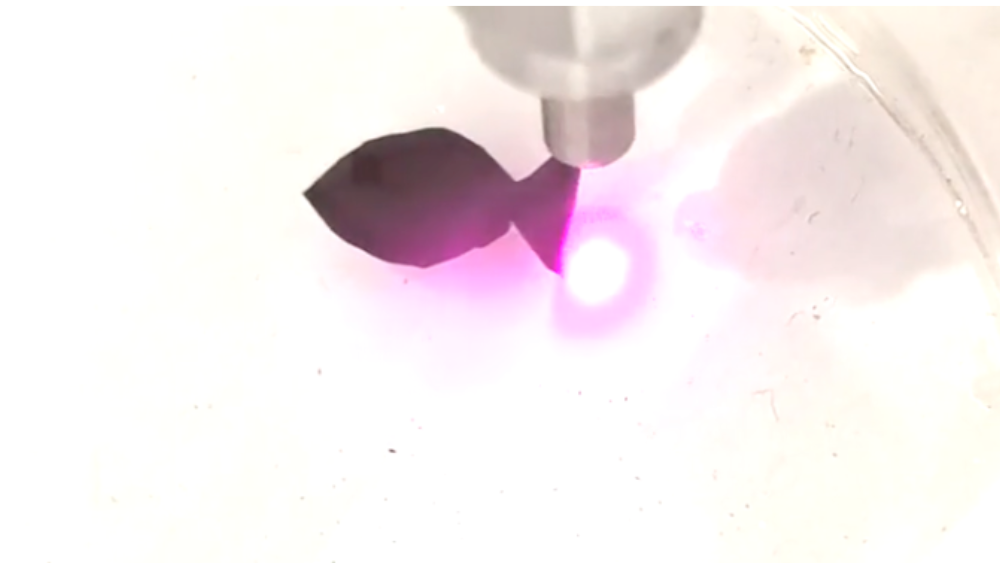 Relax, the Boffins Will Come up With A Magic Bullet

In Sichuan, south west China, scientists collaborate on a microplastics project.  They come from a broad range of disciplines, including material science, nanotechnology, robotics and chemistry.

Their research project is an attempt to solve our Plastics Problem. It’s so creative, even bizarre, that when their ‘proof of concept’ research is published in the specialist journal Nano Letters, it gets picked up by newspapers around the world.

They may have stumbled across a magic bullet we’ve all been waiting for, but these Chinese boffins could do with a PR leg-up. The title of their research paper is:

Journalists quickly realise the potential interest of this story, however. The Chinese scientists’ dry academic paper is quickly ingested, and starts making its way down the news food chain.

Before long, a serious broadsheet, The Guardian, publishes an article with the headline:

Another national title with an international audience, The Mail Online, goes with:

Gone fishing… for plastic! Tiny robo-fish that ‘swims’ around picking up microplastics and can squeeze into cracks and crevices could help clean up the oceans

Like fish, news organs have their own food chain. An eco-newsletter, Eco-Watch, brings hope to its readers with an article quoting the Guardian’s article.  Their headline:

So what’s wrong with all this?

Moving a Mountain with a Theoretical Teaspoon

The immediate problem is the vast gap between this tiny proof-of-concept study, and measurably reducing the plastics already in the environment.

The less scientific the publication, the fewer hedges, caveats and contextualizations are printed, and the more of a dead cert the technology becomes.

Nuance gets in the way of a simple story, and we’re all looking for hope and good news, not footnotes.

If you want a deep dive into the politics behind this kind of wilful ignorance/wild optimism, on a different technology (carbon capture) we recommend this episode of the outstanding Drilled podcast, in which investigative reporter Amy Westervelt examines the gulf between the what the scientists say in the latest IPCC report, and the message delivered by the executive summary, which is written by politicians and is what most journalists actually read.

A Sticking Plaster, Not a Cure

The one glaring issue that nearly all the press coverage of this Chinese research paper omits is that we’re still using plastic.

The implication of all the coverage is that robot fish will fix the microplastics-in-the-environment problem. It says nothing about the fact that we’re creating the problem in the first place, and the plastics problem is about far more than turtles and albatrosses, or even the microplastics we’re detecting everywhere. It’s the raw material we use to make it, oil.

Say, by some miracle, our oceans can be filled with sufficient numbers of plastic-munching robot fish next month. We’ll still be creating plastic waste, and we’ll still be releasing greenhouse gases in order to make it.

Another Excuse for Inaction

The biggest problem of all is that faith in such fantasy projects lets us off the hook.

The implication of serious newspapers choosing to print this story without pointing out it doesn’t have a hope of making any meaningful impact on environmental plastic in our lifetimes, is that we can all relax. The boffins have got this. We told you they’d come up with a silver bullet.

It’s another excuse for our preferred response, inaction.

For an alternative option, which involves proven technology but involves action, see this article.