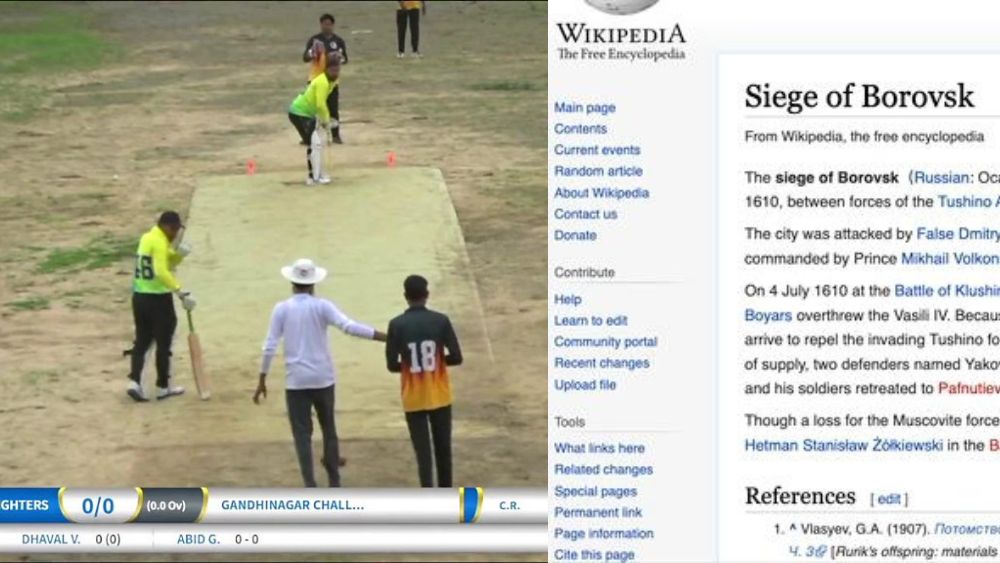 Fake News isn’t always disastrous. It can sometimes be very funny, and really hit the spot

Without ethical journalistic checks and balances, social media has made Fake News easier than ever to disseminate at scale and without consequence.

For anyone seeking to engage in serious fact-based debate on such critical issues as climate change, this is a Huge Problem.

Fake News encourages responses like ‘you can’t trust anyone’ and ‘they’re all the same’.

Once you get to choose your own facts, effective climate activism becomes particularly hard. This is motivation behind The See Through News Newspaper Review Project, in which we draw attention to the stealth zombification of our local newspapers into local cogs of corporate advertising platforms.

Having said this, a long and glorious tradition of hoaxing long precedes the Internet.

Here we celebrate two recent examples. One is from China, the other from India, and both involve the perceived masters of online deception, Russia.

The protagonists have different motivations, but are united in their commendable level of commitment, attention to detail, and perseverance.

The Chinese case study appears to have been motivated by no more than demonstrating that it could be done, with the pleasure increasing the longer it remained undiscovered.

The Indian example is all about cheating suckers for money. It’s an online re-boot of an old-school scam long celebrated in Hollywood heist movies.

As with The Sting, given the venal nature of the mugs they’re scamming, it’s hard not to cheer for the scammers. In some cases, Fake News is Good News…

This wonderful story, excellently detailed in this Vice article, emerged recently when a scholar basing a book on a mediaeval century silver mine realised that the only source for its existence was a Wikipedia article.

Not only was the ‘Kashin Silver Mine’ not discovered by Russian peasants from the region of Tver in 1344, it never existed. All the Chinese Wikipedia article’s abstruse details – about its geological composition and historical influence on the region – were no more than figments of the remarkably fertile mind of a bored Chinese housewife with a high-school education.

Once Wikipedia’s fact-checkers got on the case, they uncovered another 205 articles written by the admirably productive and diligent contributor ‘Zhemao’, who’d been meticulously pulling online legs since 2019. As Vice puts it,

‘weaving facts into fiction in an elaborate scheme that went uncaught for years and tested the limits of crowdsourced platforms’ ability to verify information and fend off bad actors’.

The fact that Zhemao’s series of interlinked hoaxes, involving apparently supportive ‘sock puppet’ online critics, has eventually been exposed means Wikipedia can legitimately claim a victory for its fact-checking system.

What system, after all, could claim to be impervious to someone who Wikipedians themselves say:

But Zhemao has certainly left her mark, a benign warning not to trust everything you read…

Or, as it turns out, everything you see streamed live online…

This jaw-dropping story of Indian farmers pretending to play professional cricket in order to fix bets with credulous Russian gamblers has spread beyond cricket fans, even beyond sports coverage.

This fake news has been front-page news in India since it was exposed, but is still revealing new twists.

This Times of India article exposes the bombshell news that the mastermind behind it all is not actually the Indian criminal gang who’d previously been ‘credited’ with the elaborate scam, but a Russian.

This creates a whole new level of consternation in India – who’s actually fooling who here? This latest revelation challenges those revelling in the ‘Indians hookwinking the online hoodwinking masters’ narrative.

For those less inclined to view the news through jingoistic lenses, this story is the gift that keeps on giving.

If you don’t know anything about cricket, it’s worth taking a look just to see if you might have been fooled.

Here’s an excellent video report from an Indian online news outfit, that reports the local story for an international audience.  Be honest, would you have been fooled by the fake news footage?

Caveat Emptor, Even When It’s Free

Stories like Zhemao’s Wikipedia hoaxes and the Fake IPL are very funny.

They also reveal deep truths about human nature, and act as timely cautionary tales for us to be wary of the more insidious forms of Fake News, misinformation and disinformation we have to navigate every day.

Come to think of it, you don’t really think any of this article is true, do you..?