China and Russia -A Brief Introduction to Kremlinology and Zhongnanhai-Watching 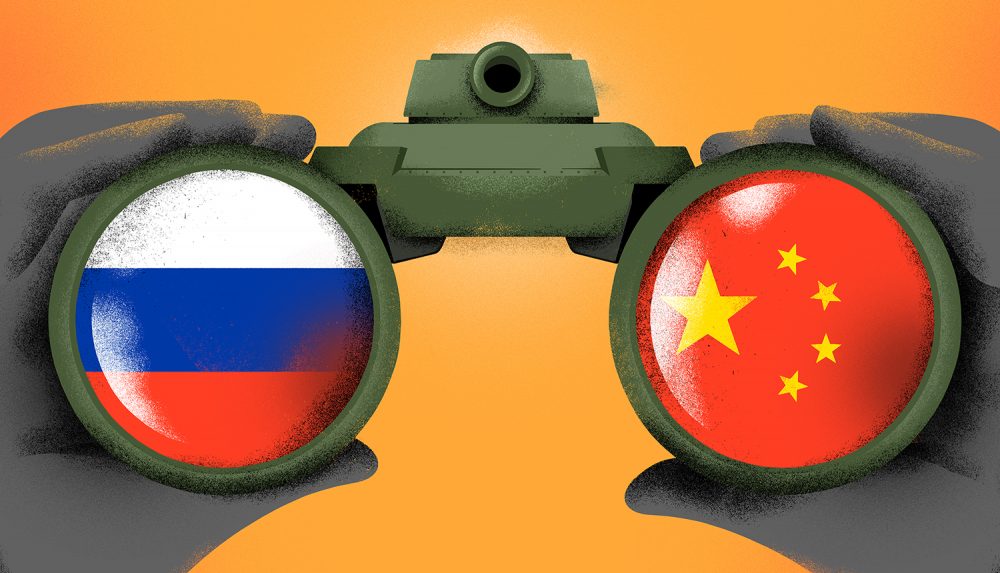 What to look out for as waxing and waning superpowers realign

Russia’s invasion of Ukraine has sent just about every international system into chaos. There’s no bigger system than geopolitics, and there’s no greater focus than that on the China/Russia relationship.

We all want to know which way we’re heading. Will Xi Jinping continue to support Putin, creating a new Axis of Nationalism, at the risk of joining it as a pariah nation?

Or will Xi reckon China’s long-term interests lie in being part of a rules-based world order, and hitching its wagon to Putin’s bear risks bringing China’s progress to a shuddering halt?

View this knife-edge moment through Carbon Drawdown goggles, and it looms even larger.  What the world’s biggest oil importer and second-biggest oil exporter decide to do impacts all of us.

Atmospheric physics is indifferent to who emits carbon, why or where. This makes any calculation involving national interest more complex than ever.

Take wind farms. In the UK, onshore wind – by far the cheapest way to generate energy – have historically been cast as pawns in left/right culture wars. Tree-hugging city liberals wanted them, fox-hunting rural traditionalists opposed them.  Everyone seemed to agree wind farms would ‘ruin our natural landscape’, and NIMBYism was an easy card to play.

Yet within two weeks of Russia’s invasion of Ukraine sending energy prices rocketing, the British government is now fanfaring a massive programme of onshore wind farms on the grounds of National Security.

It turns out that supposedly immutable attitudes, and unconditional red lines in the sand, actually depend on how you frame the question.

Question-framing is all about storytelling, and the story has changed.

But will it slow down, or speed up, carbon drawdown?

Guessing the intentions of Russia and China have long been the realm of specialists.

Globalisation and The Internet have both broadened access to amateurs to join in the tea-leaf reading, and created a whole lot more tea leaves for Russia Experts and China-Watchers to read.

Gone are the Cold War days when universities and spy agencies would pay you to interpret Pravda or The People’s Daily, poring over photos of Kremlin and Zhongnanhai line-ups for clues on who’s in, and Hu’s out (Zhongnanhai, less familiar outside China, is the inner sanctum of the Politburo that was once home to Emperors).

There’s a huge volume of data to interpret now, but it hasn’t made the job any easier. Moscow and Beijing’s control of the levers of power and state media mean the Three Golden Rules of Autocracy Pontification have gone largely unchanged:

The third rule applies just as much to everyone in autocracies outside the tiny tent of power, as it does to distant academics, journalists and intelligence experts. It would actually be very convenient if The Strong Man (it almost always is a man) issued a clear edict, and everyone else instantly followed it, down to the smallest backwaters.

That’s not actually how autocracies, especially China, work. As we’ve explained before, Beijing governs by blurred lines, wide grey areas, and occasional unexpected repression (‘killing a chicken to scare the monkeys’) to keep everyone guessing, and erring on the side of caution.

In other words, China isn’t monolithic – all Chinese are professional China-Watchers, only with more to lose. As Jack Ma of Chinese internet giant Alibaba recently discovered, even the most powerful and best-connected  billionaires can get it wrong, or say the wrong thing at the wrong time. Like the rest of us, they only discover they’ve crossed the line in retrospect, when it’s too late. In fact, there is no ‘line’. Neither Beijing nor anyone else knows where it is until The Strong Man says where it is.

This is what makes predicting the actions of autocracies such a mug’s game. Russia is simpler in the sense that it’s economy is so dependent on a single sector. Oil and gas provide 40% of the federal budget revenue and 60% of Russian exports. China’s economy is not only 10X bigger, but it’s far more diversified, complex and integrated into global supply chains. Russia is controlled by a relatively small cabal of oligarchs.

But where does a China-watcher look for the key indicator, the critical clue, the pin-sharp needle  in a haystack this size? It’s hard to find the canary in the coal mine, when there are so many coal mines and so many canaries.
The best advice STN can offer is, based on Three-Headed Bestiology, to Follow The Money.

Here’s one way you may not have heard much about on the news.