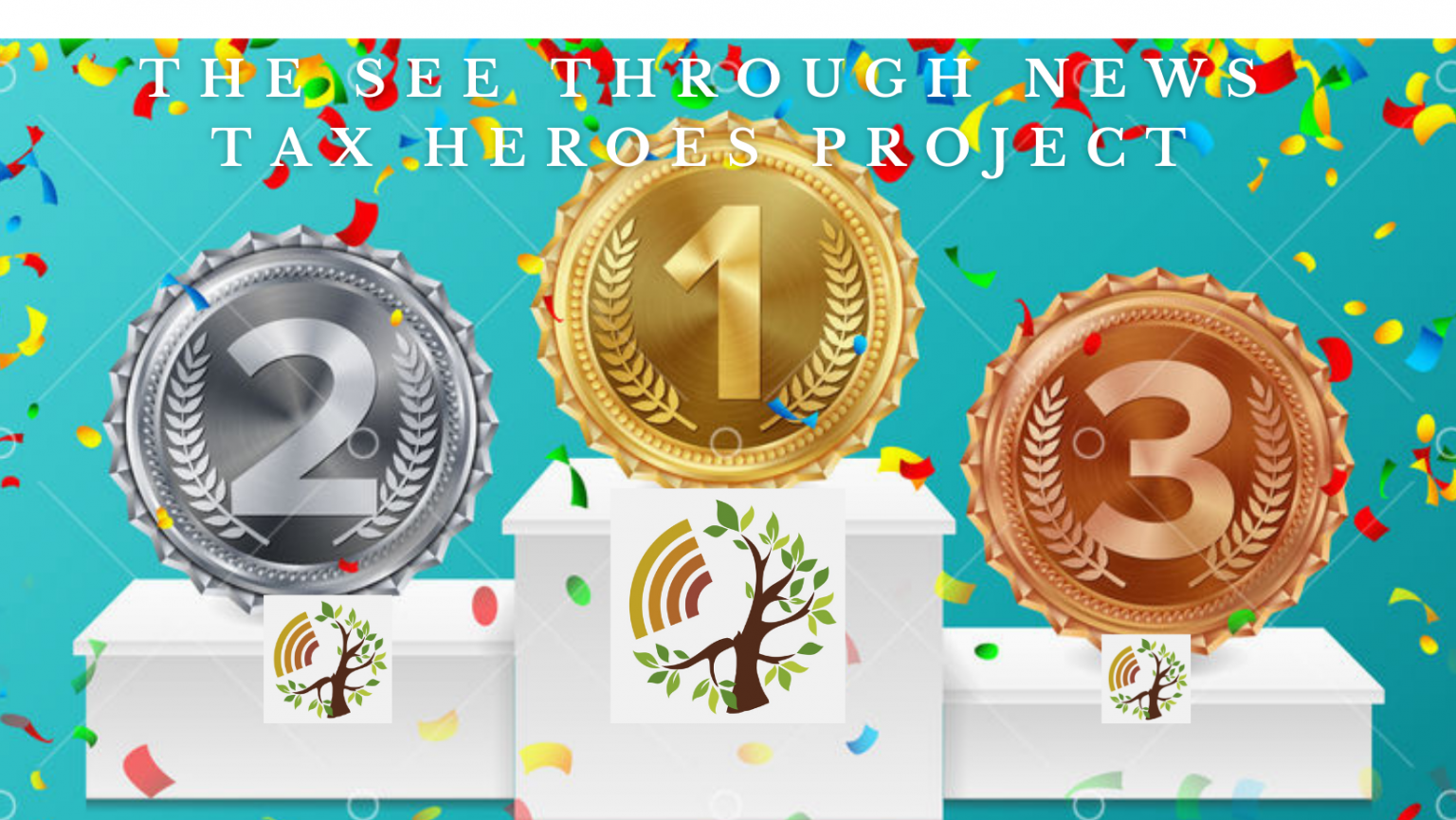 Now have a go at naming the world’s Top Five Biggest Taxpayers.

The See Through News Tax Heroes List seeks to replace the Forbes Rich List as the podium on which billionaires vie for supremacy.

This See Through News project seeks to celebrate rich people’s contribution to society, rather than their personal stash.

It appeals, in a non-partisan way, to normal people to make paying tax a greater status symbol than spending money to avoiding paying it.

This project seeks to celebrate the biggest taxpayers like we currently extol the wealthiest.

We want to turn ‘tax’ a dirty word to a badge of honour.

We want to proclaim loudly what tax pays for, and celebrate the role government spending plays in improving our communities, societies and nations.

It’s part of See Through News’s function of sniffing out hypocrisy and cant, and finding appealing, engagement ways of addressing a status quo that’s jeopardising all our futures.

The problem with philanthropy

Think of billionaires, and you probably also think of their charitable bodies, or philanthropic funds.

We’re not suggesting the super-wealthy don’t make voluntary contributions for the great good, merely that they only do so having first paid their fair share of tax first.

It seems strange that we should give billionaires credit for spending money that shouldn’t belong to them, but to us, in the first place.

We’re just suggesting that they, like the rest of us, pay tax, and that they shouldn’t feel bad about doing so. In fact, we see to identify, celebrate, and praise them, to encourage others to aspire to our Tax Heroes list, and not the Rich Lists that appear to motivate them so much.

For most of us, the amount of tax we pay is not a matter of choice or negotiation. It doesn’t decrease the more we pay tax lawyers to find ways to evade tax. Or, heaven forfend, even avoid it.

Who should choose how to spend our money – our wealthiest, or our elected representatives?

Governments, unlike the wealthy, are actually supposed to spend all their time working out the fairest, most efficient, and most effective way of investing and spending the money we agree to they should be able to collect from us.

They may not be perfect or incorruptible, but at least their are rules by which they need to abide, and systems of checks and balances to catch them out if they don’t.

Some governments are actually quite good at income redistribution, and spending our money wisely. Critically, if we don’t think they are, we have the option of getting rid of them and trying someone new.

Billionaires, on the other hand, tend to be very good at making money, and hanging on to it. They may well have specific areas of expertise, some of which may even pertain to the public good.

There’s no reason why we shouldn’t value their opinions, or at the least evaluate them, when considering how to divide our national pie.

But nor is there any reason why they should be excused from contributing their fair share to the pie.

In case any billionaires are reading this…

Billionaires, if you’re unhappy with the way the government spends your tax, join the club, and try to do something about it at the ballot box. If you support politicians or parties who’d have you pay less tax, by all means do so, so long as you let us know how much you’re paying them.

But why not be a real hero, buck the trend, destroy the stereotype, fake us out, flip our assumptions, and joing the See Through News Tax Heroes project.

The project seeks to: