The Three-Headed Beasts – The Human Condition, in 300 Odd Words 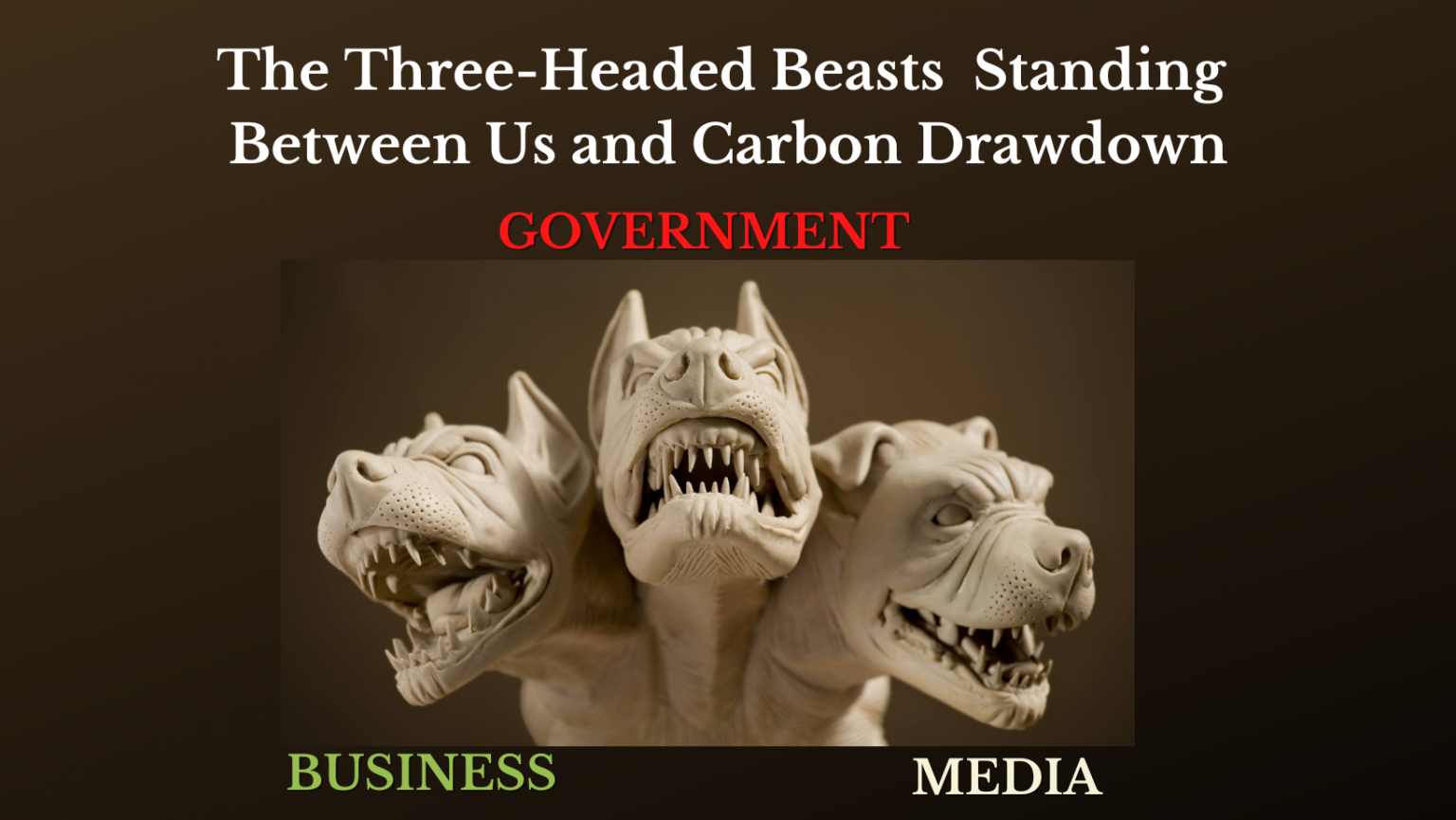 See Through News’s allegory to explain the carbon drawdown problem

Each Beast had a Government Head.

To one side, a Business Head, to the other, a Media Head.

The Government Head could control the other two, but rarely did.

Below the neck, Heads were joined by Power.

Below the belly, Beast was joined to Beast.

The Beasts all wallowed in the Money Mire.

The Beasts hogged the Money Mire.

The Rest of Us hovered at its edge.

Should a Beast growl, we’d scuttle back.

Not all of Us were quick sippers, or fast scuttlers:

the old, the young, the weak, the slow.

Heads snapped, and gobbled them up.

Heads snapped and bickered at other Heads

Beasts snapped and bickered at other Beasts.

Hard to see beyond the Beasts, or where the Mire ended.

Then we started to Drown, Burn and Shrivel.

Beyond the Beasts, was Carbon Drawdown.

The more we draw down, the less we Drown, Burn and Shrivel.

But the Beasts block our way.

They think the Mire protects them.

But they’ll Drown, Burn and Shrivel, too, in the end .

They could move, let us through.

They could lead, clear the way.

But they snap and bicker as before,

As We Drown, Burn and Shrivel more.

Should we attack or slay the Beasts?

Strike them or stroke them?

Dodge them or swerve them?

Coax or cajole them?

Haggle or trade with them?

How much time do we have?

More about the See Through News storytelling-based methodology here.