Two Renewable Energy Cost Graphs That Should Change The News 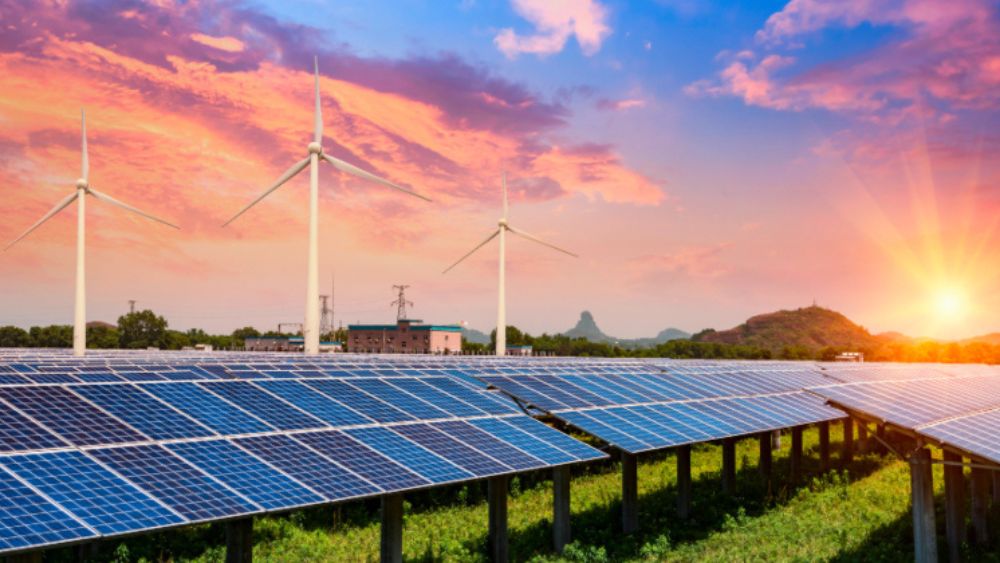 So why aren’t they?

The spiking cost of fossil fuel energy has thrown the world into recession. It may have been triggered by Putin’s invasion of Ukraine, but the underlying realities have been clear for many years now.

Faced with soaring energy costs, when most countries still depend of fossil fuels, has made the tricky subject of renewable energy hard for fossil-fuel addicted countries to ignore.

You’ll find references to the plunging cost of renewable energy, but they’re usually stand-alones, and not raised in the context of other climate- or energy-related news.

The pronouncements of our politicians on the topic of energy security, largely unchallenged by our mainstream media, rarely join the dots.

For one thing, they hardly ever talk about the most obvious solution of reducing energy demand. That challenges the whole mantra of Growth At All Costs. This may be a large part of what landed us in this mess in the first place, but few politicians are yet ready to challenge this ideé fixe in public.

Which leaves the other obvious solution – renewable energy.

Over-optimism and Over-pessimism – those two imposters

Even here, however, there’s a lot of mealy-mouthed evasion and obfuscation.

As the estimable Drilled podcast points out so forensically, politicians have a Panglossian optimism when it comes to numbers related to fossil fuels, which they always nudge in their favour, and an Eeyore-like pessimism when it comes to renewables, always highlighting the drawbacks, like intermittency or storage.

They’d still much rather talk about securing access to more fossil fuel, announce new drilling concessions, and talk up nuclear programmes that take decades to build at best.

Until recently, they’d cited the good economic value of ‘investing’ in fossil fuels and nuclear. Conversely, the expense of wind/solar/tidal energy was always cited as part of their litany of excuses for inaction.

The two graphs featured in this article explain why even our fossil-fuel-captured and -addicted politicians no longer blow this particular dog-whistle.

These two graphs are based on UK government data, but energy being a global market, they apply globally.

This one shows how the costs of renewable energy have plunged in the past few years.

This one shows how, even before Putin invaded Ukraine, relying on fossil fuels made no economic sense.

What these graphs tell us

First, how quickly things can change, and how effective the power of the market, directed by government regulation, can be in changing all our calculations. Whether you favour renewables or not, the stats you researched and memorised a couple of years ago to deploy in such discussions are now obsolete.

Second, how slow public perception can be in absorbing this information, if it’s not communicated effectively. What might have been reasonable, if short-sighted, objections to a massive shift to renewables a decade ago, are no longer even reasonable. They’re just based on old data.

So Why is there such disconnect in our news between the consequences of war in the Ukraine, and the energy equations that underpin all geopolitics? And What can we do about it?

The answer to Why can be found in our Three-Headed Beasts allegory. It’s the Money Mire that connects Beast to Beast, and which nourishes the three Heads of Government, Business and Media, connected by Power.

The answer to What Can Be Done is much trickier. It’s what See Through News does all day. It comes down to storytelling, in particular how you frame a story.

Take this bizarre post from a local newspaper in the US, via the answer to a reader’s letter, under the headline ‘How an electric bike is greener than pedal power’. The question posed is:

Is there any truth to the assertion that e-bikes recharged off the fossil-fuel grid actually generate fewer carbon emissions overall than conventional human-powered bikes?

The answer, which can be found in various forms on the internet, quotes from research analysing the relative efficiency of the human body, and modern electric bikes, in converting energy.

We’re not questioning its science, but its relevance. Or more precisely, it’s framing.

Why compare electric cyclists to push-bike cyclists? Why not compare the carbon footprints of people who drive cars, by far the greater emitter of greenhouse gases?

In any case, focusing on individual consumer choice is, as our Learn Game seeks to make clear, is an even bigger framing error.

Take those numbers for the cost of onshore wind, for example. In some countries, the UK being the NIMBYest, onshore wind turbines are nearly always framed in the context of ‘ruining views of nature’ or being ‘blots on the landscape’.

Setting aside any debate about how ‘natural’ the recently denuded hills of The Lake District, the Brecon Beacons, the Peaks or the Scottish Highlands are, or any aesthetic debate about why old inefficient windmills are preserved, but modern ones viewed as ‘blots on the landscape’, who benefits from framing the question in this way? Big Oil.

These are not, of course, rhetorical questions. The answer is always, in some form, the Three-Headed Beasts...