Why Physics is Everything, and Geology & Biology Aren’t Boring 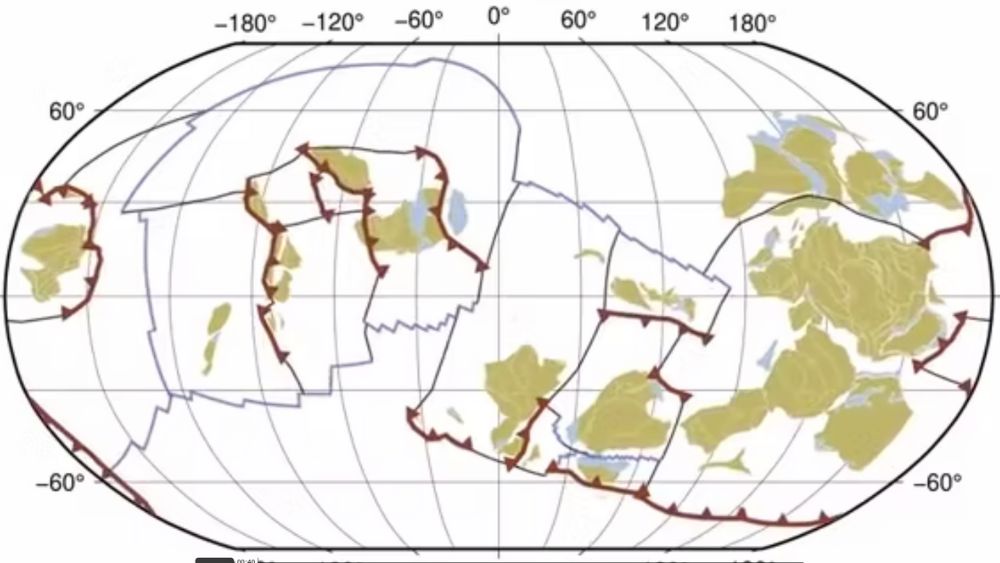 Dare We Mention Atmospheric Physics Too?

It never gets dull, watching 1Bn years of tectonic plate movement in 40″.

It’s clear why it took us anthropocentric humans so long to accept the evidence that’s always been around us in the form of fossils. It was quite a challenge to what we think we ‘know’.  For many, it remains a challenge.

Such ‘knowledge’ derived either from ‘Common Sense’ (e.g. the Sun rotating around the Earth) or ‘Belief’ (e.g. any religion’s origin story).

Common Sense errors can be excused by technology not yet being available (the telescope).

Belief errors are the result of Blind Faith’s hegemony over Bald Fact (take your pick, no shortage of examples of this).

Either way, they were Wrong, and corrected by the progress of the science of physics.

This doesn’t mean science is always 100% Right, just that, unlike Belief, its method permits change, as it inches closer to Truth via trial and error, peer review, double blind trials and all those other pesky, boring processes that are so challenging to pack into a headline.

This jaw-dropping video about the physics of tectonic movements has a long line of antecedents. In 4th century BC Greece, Aristotle had an inkling about geological time working a lot slower than human time. A thousand years ago in Persia,  Abu al-Rayhan al-Biruni reckoned India could once have been a sea, while in China Shen Kuo, finding petrified bamboo fossils buried beneath a desert, speculated that climate could change over time. 500-odd years on in Italy, Da Vinci, natch, was onto the significance of fossils.

By the early 1800s, enquiring European minds were starting to pull at Genesis’ increasingly threadbare account of the formation of the earth. James Parkinson, now better known for the neurological disease he first identified, collected fossils on excursions with family and friends, which he then illustrated (his daughter Emma colouring some of the plates), annotated, and published.

Parkinson’s meetings at The Freemason’s Tavern with the likes of Humphry Davy became The Royal Geological Society, and the birth of a new Science

It was still only a century ago that a broad understanding of the physics of Continental Drift emerged. Most of us have yet to absorb its implications, which is why 40” animations like this one are so important.

What’s physics got to do with See Through News’ Goal

How does all this relate to our Goal of Speeding Up Carbon Drawdown by Turning Inactivists into Activists?

Scientific fact, astrophysics and geology in particular, put homo sapiens in context. Far from being at the centre of things, science exposes us as marginal and transient specks. This 40” video erodes our concept of what our planet looks like, and our self-importance. Were we truly put on Earth to:

Be fruitful and multiply, and fill the earth and subdue it; and have dominion over the fish of the sea and over the birds of the air and over every living thing that moves upon the earth. (Genesis 1:28)

Ironic then, that the one way in which our species has actually changed the planet is the one we choose to ignore. You might say we’re doing God’s will, if only we weren’t denying our chance to be fruitful and multiply by subduing the earth.

In many ways, tectonic plate theory was an even bigger bombshell and challenge to prevailing belief systems than Darwin’s Origin of Species.

So why did Evolution cause such a fuss, while Continental Drift just, well, drifted past?

We remember Darwin because we could see our ape cousins before us. Evolution was in our faces. Tectonic shift was too slow, massive and apparently irrelevant for most of us to grasp or face, so we left it to boffins and eggheads to debate.