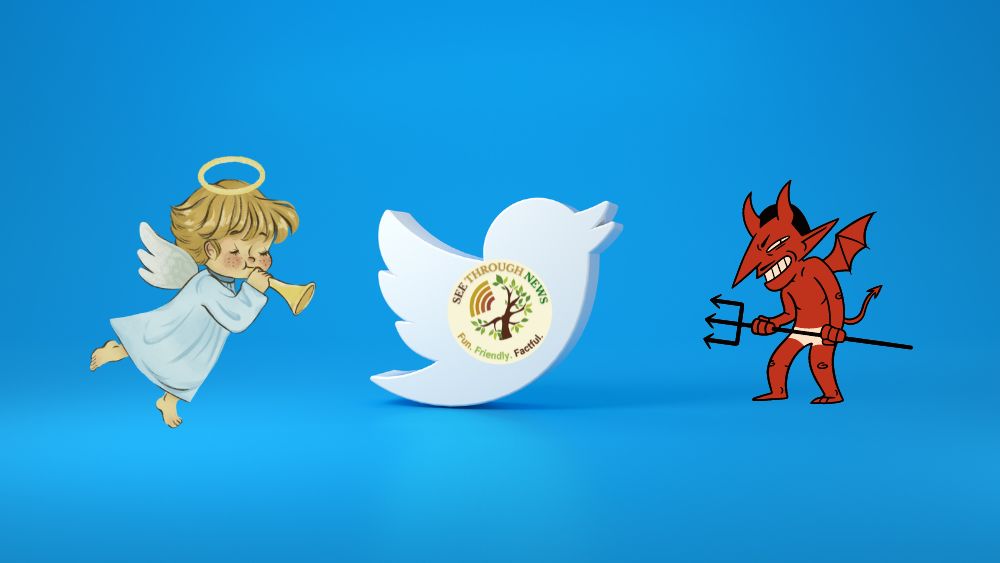 A couple of suitably brief glances at Twitter, the truncated social media giant.

This news report is from the early days of social media, but Black Mirror creator Charlie Brooker had a typically insightful, original, prescient, pithy and dark view of the future.

This, after all, is not the way Twitter is usually characterised.

It’s a massively multiplayer online RPG in which you choose an avatar, and you act out a persona loosely based on your own in order to gain followers. It’s a video game.

It shows a traffic sign urging cyclists to protect themselves, and pointing out it’s unfair and ineffective.

This one reports Bristol Council had not only heeded his warning and withdrawn the offending message, but it was reviewing its entire electronic messaging policy in light of Ed’s intervention.

Good news, right? It produced this response (Exhibit B2).

In other words, on Twitter Controversial Problems are approximately 30 times more engaging than Happy Endings.

Something to bear in mind when using social media platforms to encourage Solutions, rather than advertise Problems.