Greenwashing – a Boom Industry That Needs To Go Bust 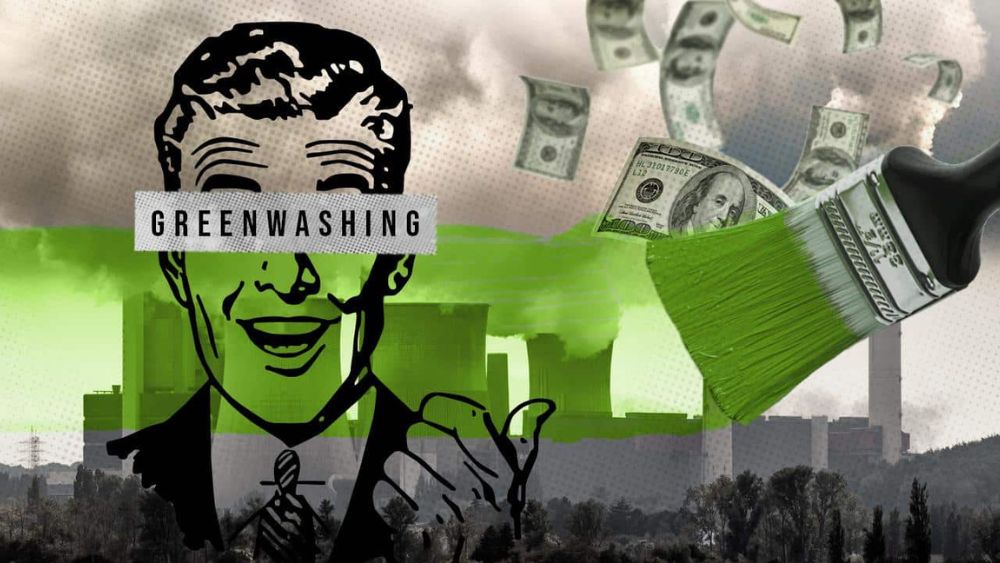 Why pulling the wool over our eyes is blinding us to our self-harm, and we need The Think Game to help us see

The UK’s porky pie watchdog has rumbled another brand for fibbing about its green credentials.

In May 2021, Innocent drinks, a Coca-Cola subsidiary, had been running an ad on TV and YouTube featuring an animated otter. Accompanied by images of fruit being inserted into Innocent drinks containers, the otter warbled such lyrics as:

Let’s get fixing up the planet. Fix it up real good.

Be kinder to our bodies with nature’s tasty food.

Reduce. Re-use. Recycle. Because there is no planet B.

A concluding voice over intoned

Innocent. Little drinks with big dreams for a healthier planet.

But as the ASA noted,

Many consumers would interpret the overall presentation of the ad to mean that purchasing Innocent products was a choice which would have a positive environmental impact.

The ASA thought this was bollocks (we’re paraphrasing here) and told them they couldn’t run these ads again.

This public wrist-slapping, and their lawyers fees, was the sum total of the consequences of such ‘greenwashing’.

Innocent are far from being the only drinks industry offenders.  Just this year, the ASA has issued similar greenwashing rulings against  Oatly and Aqua Pura.

And that’s just the drinks industry ads that have been fingered for greenwashing by the ASA so far this year.

There are many other brands in many other industries at the same game, spending money on enlarging public perception of their green credentials, rather than reducing the carbon emissions of their products.

Worst of all, unsurprisingly, are the oil companies. Given that just about every oil company ad features wind turbines or solar panels, have you ever wondered what percentage of their business is based on renewable energy?

This comprehensive report by ClientEarth gives painful details on the gap between Big Oil’s words and their actions.

But given the consequences, or lack of them, how much incentive do companies have to change their ways, rather than their messaging?

This slap on the wrist for a singing otter is just the top of the rapidly-melting iceberg.

Two of our projects are overtly directly towards exposing and fixing greewashing:

The Think Game, the first of our suite of 3 video games designed to measurably reduce carbon and promote effective climate action, is a big greenwash sniff test.

It involves asking ordinary people to rate a random list of celebrities, brands, countries and organisations on their climate activism credentials, in a completely neutral way.  There are no right or wrong answers, and how players come up with their metrics for judging these entities is completely up to them.

So, the data The Think Game generates could be generously regarded as gold-standard brand survey rankings for genuine green credentials.

Or alternatively, as a ranking table of the efficacy of their greenwashing.

The beauty of The Think Game is that it doesn’t really matter which view you take.

The Think Game’s purpose is to benchmark the public’s conception (or misconception) of effective climate activism, and to seek to educate people towards improving their own greenwash detection, and to influence government regulation to make such greenwashing irrelevant or ineffective.

Our Social Media Network Project, is a content delivery architecture that exploits the ‘free’ infrastructure created by our Silicon Valley Overlords to reduce carbon, rather than increase it by persuading us to buy yet more stuff we don’t need.