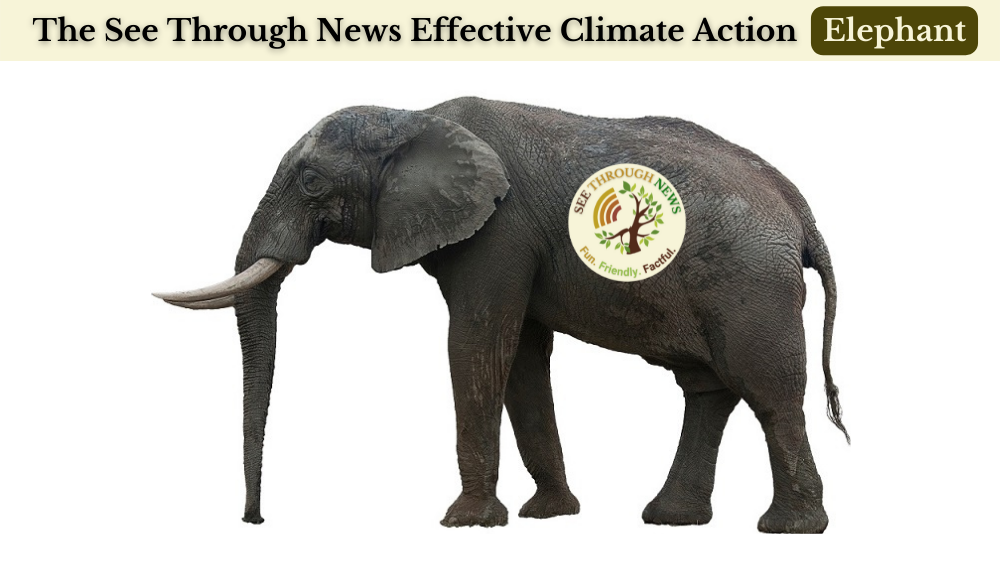 So, what IS See Through News?

By contrast, our methodology can appear fiendishly complex.

Our paths to effective climate action start from a wide range of apparently unrelated projects. As they’re all designed to appeal on their own merits, while not immediately advertising their carbon drawdown purpose, the fact that there’s no obvious connection is part of the plan.

Even transparent Trojan horses look like horses, not vehicles.

We use a diverse range of platforms, topics, media and storytelling techniques in order to attract the attention of as many ordinary people as possible – not ‘the converted’, but the vast majority of people we classify as Unwilling Inactivists. Unwilling Inactivists know the problem of human-induced climate change, but feel powerless to do anything about it.

Despair is hard to dislodge, but everyone likes a good story. In various forms, See Through News deploys the old storyteller’s trick of giving just enough information, framed in just the right way, to lure you into asking us a question, and initiating your path to effective climate action.

Advertisers’ shorthand for this trick is AIDA (Attention/Interest/Desire/Action). We go into more detail in other articles, reflecting on our COP26 debut, our invitation to an international conference run by Effective Altruism, a speech at a school Languages Day, or pretty much any article on any of our projects.

This article is another way of telling the same story, this time in the form of five visualisations of what See Through News does – the Instagram version, as it were.

In different ways, each image illustrates the uniting concept behind all our projects, our mission to use effective climate action to help the Inactive become Active.

The tension between Simple Goal and Complex Method makes explaining what we do quite a challenge – the point of our approach to effective climate action is not to make it obvious on first acquaintance. By design, it can’t be summarised in a sound bite.

Still, as storytellers we can’t shirk the challenge of explaining what we do as accessibly as possible. Hence this attempt to do it in five images.

The See Through News Elephant

Each project displays a different parts of the proverbial elephant.

Guide a blind man to feel an elephant’s tail, and he’ll describe a very different animal to another blind man invited to feel its trunk, tusks, legs or ears.

Yet our podcast ears, community filmmaking eyes, and social media network vascular system are all different parts of the same beast.

Having shown you the whole elephant, it’s iceberg time…

The See Through Games Iceberg

Icebergs, famously, only reveal a small part of themselves above the waterline.

Invisible people are easy to ignore. See Through Games is our flagship project to dive down and encourage ordinary people to rise from the invisible depths and break the surface. Not only will their view improve, but they will now be in the eyeline of the people steering the ships, able to influence their direction.

Law-makers and law-enforcers can safely ignore people they can’t see. The more of us that clamber out of the water, and start waving, shouting and pointing from the top of the iceberg, the better our chances of attracting their attention…

See Through Games, our suite of three interconnected games, is one of the most transparent See Through News Trojan horses.

We Think before we Learn, and Learn before we Act, so we’ve gamified all three stages. Together, the Think Game, Learn Game and Act Game are designed to make the journey from Unwilling Inactivist to Effective Activist as fun, engaging and motivating as possible.

The original purpose of The Think Game, the first of our three games, was to measure and benchmark public perception of effective climate action.

The results confirmed our hunch – ask most people to describe how they rate climate activism, and they mention metrics like ‘recycling’, ‘litter-picking’ or ‘composting’. Whatever the efficiency, mental health, or social benefits these activities may confer, they reduce not a single carbon molecule.

Recycling is an invisible, underwater action, because its focus on individual behaviour permits those with the power to effect Effective Climate Action, via government regulation and enforcement, to carry on with business as usual.

Informing our representatives we won’t vote for them if they vote against specific carbon-reducing legislation, on the other hand, will get their attention.

The problem with icebergs is that they taper at either end.

There are many different paths ascending to the clear vistas at the top of the mountain, but all are covered in the same fog, and all are useful in their own right.

Some are based on shared geography, others by shared interest in a particular topic. Groups have different levels of language, sophistication and abstraction.

The lower down the mountain, the less we honk our Green Klaxon. As you ascend, and the fog starts to clear, and the outline of our carbon reduction goal becomes more visible. We don’t hide our Goal, but sometimes there’s too much fog in the way to see it, and some people need to take a longer, gentler path to get to the same place.

Other articles go into more detail about our Facebook Group-based network, and our zero-budget method of accumulating ordinary eyeballs, but this is the big picture of what it’s all for.

All those Notice Boards, local community groups and topic groups are base camps and pathways in the mist-covered lower reaches of the mountain, where it’s hard to see where you’re going, and no one can see you.

They all lead up, towards to the sunlit summit of effective climate action, where you can see and be seen.

Our founding allegory, the 300-word story of The Three-Headed Beasts, provides the categories for our three types of project. The Government, Business and Media Head of the Beast, so effective at separating us from our goal of carbon drawdown, each require projects targeted at their particular points of vulnerability.

Three heads, three decks to the bus. Actually, the purpose of the projects is to get people onto the lower deck any which way, but we still like the idea of going up the stairs to the top deck to get the best view.

The clouds of pollution make it difficult to see, and be seen, on the lower decks, but by the time you make it to the top, everything is clear.

You’ll be visible to the Beasts, and they will fear what they see…

For our final image, looking at the overall STN social media network, we could have gone with the standard ‘web’ imagery, but we like the less familiar image of a leaf’s veins.

The concept is the same – many paths, one destination, all connected by effective climate action.

The end point of all our apparently random and unrelated projects is constant – to measurably reduce carbon.

This is the STN refrain whenever we’re concocting one of our projects. It’s also what we encourage you to demand of us. Whenever the point of any of what we do might become blurred, or not be immediately obvious, ask us these questions.

All our projects are works in progress, many are interconnected, and most depend on the completion of others before we can apply our carbon-reduction measuring sticks. This means we don’t yet have the evidence trail of data that will be the true test of our whole enterprise, and whether our claim of effective climate action is justified.

But in principle, when completed, every single project will generate such proof. We look forward to sharing the numbers with you when that starts happening.

If you’d like to learn more, and to join us, please take a look at our volunteering article and get in touch if you’d like to board the bus, climb the mountain, breach the water above the iceberg, or explore the elephant with us.